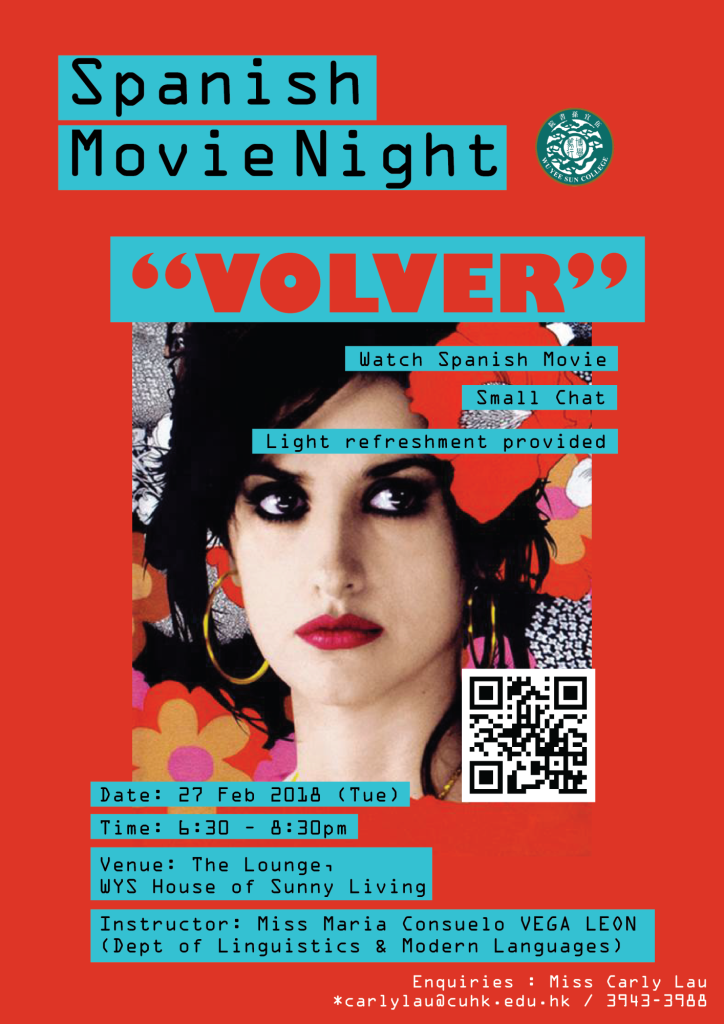 Volver (A Spanish word, meaning “to go back”) is a 2006 Spanish drama film written and directed by Pedro Almodóvar. Revolving around an eccentric family of women from a wind-swept region south of Madrid, Raimunda, a working-class woman forced to go to great lengths to protect her 14-year-old daughter Paula. To top off the family crisis, her mother Irene comes back from the dead to tie up loose ends.

Volver premiered at the 2006 Cannes Film Festival, where it competed for the Palme d’Or. It received critical acclaim and ultimately won two awards at the festival, for Best Actress and Best Screenplay.

Venue: The Lounge, WYS House of Sunny Living (right above the College Gym)

Back to Latest News